Based on the saying “Ibn al-Waz awam” has already set off a number of sons of the stars of the artistic medium in the art world, and they completed the march of their fathers, they became the stars of the day and rose to the throne of stardom, the most famous of them: Mohammed Imam, Mahmoud Karim Abdel Aziz, Dounia and Amy Samir Ghanem, Ahmed Al-Saadani, and Ahmed Al-Fishawi.

The most famous of them is Muhammad Imam.” The sons of the goose floated stars who completed their fathers’ artistic career. 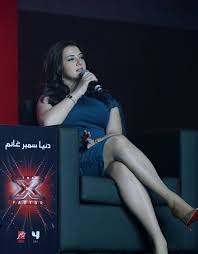 His first cinematic experience with his father was the star Adel Imam in the movie “Hanafi Al-Abbah” where he was a small child, and then years later when he became a young age it was his first dramatic experience with the artist Farouk Al-Fishawi in the series “Canaria &amp; Co”, and in recent years he emerged star and became a star of the first grade, where he presented a number of Ramadan series such as “Lamy Cat” and “Hogan”, as well as a number of films that met a mass like “Hell in India” and “Pleasure” here.

Since his first appearance on screen, he has won the hearts of the public, due to his lightness and sense of humor, which is the best proof that “Ibn al-Waz Awam” began acting since the beginning of the millennium, and participated in a large number of dramas, among his most famous works in drama: Mahmoud Al Masri, Hogan, Jabal al-Halal, and his most famous film: The film Of The Passport Miri, hour and a half, Omar and Salwa.

s to be entitled to the saying “Son of Aluz Awam“, where his first experience with his father was in the series “Man in the Time of Globalization” and since then he presented many works of art, which made his career in the world of art, and reserved his place among the young stars. One of the most famous dramas presented by “Time Difference” “Naji Atta Allah Band”, while his most famous film work, “Marjan Ahmed Marjan”, and “Prank Thieves” .

His distinctive imprint, and the different look, no two differ on his talent and acting abilities, was his launch and the beginning of his glow through the series “Face of the Moon” with the screen lady star Faten Hamama, then participated in a large number of dramas and movies, and his most famous works in the drama series “Tamer and Shawky”, and in the cinema film “Hatuli Rajel”, the movie “Monkey Speaks”, the movie “Sheikh Jackson”, and the film “One Zero”.

The two most famous sisters in the artistic community, they achieved great success in a short period of time, and they are the biggest proof of the saying “Ibn al-Waz aam”, distinguished by their presentation of comedy works, and in their balance a large number of dramas and movies, including their joint works series “Nelly and Sherihan”.

Take these foods before bed to lose weight