Argan oil … The secret to health and natural beauty

Argan oil, or what is known as "liquid gold", is named after its many health and cosmetic benefits as well.

Argan trees have long been known for their wide spread in the Countries of Morocco, so argan oil is included in the traditional cuisine of Morocco in many.

Argan oil is currently classified as one of the most expensive oils in the world, and argan trees play a very important role in morocco's economy.

How to make argan oil

The fruits of the argan tree are used to obtain two types of argan oil,

It is the argan oil used in other cosmetic stitches that is extracted from unroasted fruits.

It is also worth mentioning that argan trees are considered rare trees and their presence is limited to the southwestern Maghreb,

The many benefits and uses of argan oil have attracted tourists to Morocco, where the original argan oil is present.

What are the benefits of using the original argan oil for the human?

Reduces the appearance of acne in the human

Where research has shown that argan oil contains a large percentage of fatty acids such as linoleic acid,

You can use it to reduce the appearance of acne by:

Wipe the skin with a small amount of it daily before bedtime, which eliminates the white heads and intractable acne

Because tea tree oil contains antioxidants and natural antibacterials, complement the action of argan oil, which helps to eliminate the acne of the human once and for all.

treats skin infections or eczema in the human

Argan oil is known for its effectiveness in treating inflamed skin spots and itching by:

Deeply moisturizing the skin, which acts as a protective factor for the skin from dehydration, and itching that then causes dermatitis

The organic oil is returned in the moisturizing of the skin to contain, mental omega-3 acids and other fatty acids such as olek, linoleic, which enter into deep lying the skin,

And it's not just fatty acids that distinguish natural argan oil.

It is also characterized by its containment of vitamin E which works to provide its antioxidant properties,

That will fight the harmful effects of free radicals on the skin, such as eczema and other skin diseases.

Protects the skin from the appearance of stretch marks.

Moroccan argan oil contributes to improving the level of elasticity of the skin, which helps prevent the appearance of stretch marks on the skin by:

This helps to regenerate the cells of the skin as well as moisten them deeply, thus making them less susceptible to the appearance of stretch marks.

If you already have stretch marks, argan oil will help you get rid of them by:

Add it to the brown sugar and use the resulting mixture to massage the areas where the stretch marks are, in circular motions for minutes before washing the skin with cold water,

Avoid washing with hot water because hot water increases the stretching of the human.

Used as an alternative to lip balm

Especially during winter, which helps you protect your lips from cracking and keeping them soft and soft.

Soaps that enhance the ability of cells to grow and regenerate from themselves continuously, which brings more freshness and radiance to your skin.

Helps reduce the severity of scars and wrinkles found in the human,

As a result of aging or other skin problems, he's solving all of that.

The massage of the drought-stricken area with simple points of argan oil before going to sleep,

It may help you moisturize it deeply and if using the feet, it is preferable to wear socks after massaging the feet to give the foot a greater chance of benefiting from the oil.

The nails compensate for the weakness that may affect them due to the use of a lot of nail polish, by:

Massage the nails with a cotton piece containing a small amount of it immediately after removing the nail polish from it.

It is used as an excellent alternative to moisturizers after the shaving is finished,

It helps to calm the skin as well as reduce the number of hairs produced next time.

It gets into the peeling of the skin.

Mix it with a small amount of coarse brown sugar, and use the resulting mixture to rub the skin in circular motions for about five minutes,
This contributes to the removal of the cells of the dead skin with a large effect besides feeding and moisturizing the skin even after removing the peeler from it.

The health benefits of argan oil

as a result of containing a rich collection of organic substances, which causes the concentration of the enzyme of the enzyme to digest protein in the stomach,

which increases the quality of protein digestion, which helps to better digest,

The refore, the body benefits more from food, which results in a healthier body.

Lowers the level of bad cholesterol in the body

Replace other cooking oils with argan oil rich in omega-3 acids and steroids,

Like skin cancer caused by the appearance of harmful free radicals,

The natural antioxidants contained in argan oil inhibit their activity, thus protecting against this type of cancer.

Contributes to reducing the risk of diabetes

Reduces the risk of stress by:

Controlling cholesterol in the blood which protects against heart disease

The benefits of argan oil are not limited to skin and health only,

But it extends further to include care for the health of hair and promote its growth because:

Used as a natural replacement for hair conditioner, which gives the hair the flow it needs

Studies have shown that continued use helps promote hair growth significantly, resulting in increased hair length and density by:

Mix two large tablespoons of argan oil with the same amount of coconut milk, with three teaspoons of castor oil,

And use the resulting mixture to cover all the hair from the roots to the ends, then wear a plastic hat on it and leave the mixture on it all night and rinse the hair the next day.

Because of its moisturizing properties and its vitamin E containing it, it works on:

Protects against hair loss by feeding hair follicles, which returns the hair by strength and intensity through:

Mix a tablespoon of all argan oil, mint oil and coconut oil, and use this mixture of oils on wet hair before combing it,

To ensure that the mixture is distributed to all his hair from his fur.

Contributes to getting rid of damaged hair fronds by massaging the scalp of the head with a small amount of it, three times a week

helps to eliminate the head shelling once and for all,

It contains fatty acids that help control the hair heishan and turn it into a more smooth hair.

Its use contributes to feeding the scalp.

Side effects of the use of argan oil

First on the skin: –

The use of argan oil may cause infections of some types of skin, so you should test your skin's sensitivity to use it first before using it.

But while he's taking it.

In some cases it may cause digestive disorders,

It results in nausea, or causes stomach bloating in some other cases or lack of appetite.

But argan oil is generally considered safe, and these symptoms appear only in very rare cases. 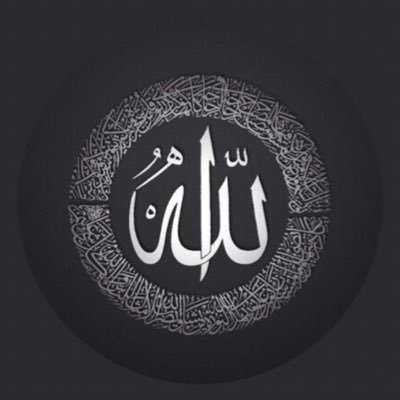 The benefits of the name of God come Ghaffar